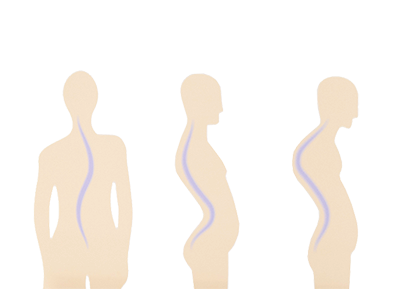 Scoliosis occurs most often during a growth spurt. It is a sideways curvature of the spine. The cause of this condition is unknown. However, certain conditions have been known to cause it, such as cerebral palsy and muscular dystrophy. As a matter of fact, three percent of adults have scoliosis.

Most of the time, scoliosis cases are mild. However, some continue to worsen as children grow. When severe scoliosis occurs, it can be disabling. There are also times when the curvature is so bad that it reduces the amount of space within the chest. Thus making it difficult for the lungs to properly function.

When a child gets diagnosed with scoliosis, they should be monitored closely. This monitoring typically occurs with an x-ray machine. Although treatment is rare, some children will need to wear a brace. Wearing a brace will help stop the curve from getting worse. However, some children may require surgery to straighten severe cases.

The signs and symptoms of scoliosis include the following:

In some cases, scoliosis worsens, and the spine will also rotate or twist. When this occurs, the ribs on one side of the body stick out farther than the other side.

Although doctors do not know the cause of scoliosis, they do know it appears to be hereditary. Some uncommon types may be caused by:

Although the cause is unknown, we can pinpoint some risk factors, such as:

Children usually do not require treatment. However, they may need regular check-ups to ensure there have not been any changes in the spine curvature.

Although there are guidelines for mild, moderate, and severe cases. The ultimate decision to start treatment will be on an individual basis. Some factors to be considered for treatment include:

It’s common for a physician to recommend bracing while a child is still growing. Sometimes bracing is also recommended if your child has moderate scoliosis. Although wearing a brace will not cure the disease or revere the curve, it will typically prevent further progression of the curve.

Braces are typically worn day and night. The most common types are nearly invisible since it fits under the clothing. Its common for children who wear a brace to have little restrictions and can usually participate in activities.

When should the child stop wearing a brace?

The severity of scoliosis will also determine if surgery is the right choice. However, typically (since the condition worsens) over time, your doctor might suggest surgery. The most common type of scoliosis surgery is spinal fusion.

If you are experiencing scoliosis problems or need helping with management, call us today to visit a spine specialist near you at 888-409-8006. The offices are conveniently located in South Florida; Boca Raton, Deerfield Beach & Plantation.

We'd be more than happy to assist you